State of the Word 2016: The Significant One

Yesterday, Matt Mullenweg delivered his annual State of the Word speech at WordCamp US in Philadelphia. At about 54 minutes in, he started a section that I found quite fascinating and means that WordPress 4.7 (to be released on Tuesday) might be the last release as we know it. If this sounds too strong, let me explain why I believe we've just witnessed a true milestone in WordPress' history. 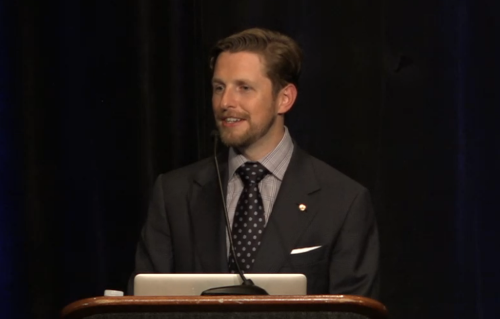 “What got us here, won't get us there”

You generally don't make big changes when things go well. It's easy to get the perception that things have been going very well for WordPress recently. 4.7 is a great release, the market share is growing, community maturing and businesses thriving. Overall, everything seems to be going in the right direction and that's what the first 50 minutes of SOTW were about.

But then you can go deeper. I have recently had a chance to watch a friend trying to build a site on WordPress without any previous exposure, and it was painful. Even I don't build WP sites that often and when I do, I am amazed how “2000” some things still feel, from basic UX to plugin / theme quality to development workflows. In a sense, it is amazing that there hasn't been a strong competitor yet.

Before yesterday, I thought that it's just my low tolerance for pain or something but clearly not. The announcement, despite Matt being very refined, was quite dramatic:

He then identified three key areas of focus:

Points two and three are not surprising, Matt has been talking about them for years and generally it's quite evident that this needs to happen. REST API was more controversial because it was not clear whether Matt bets on it or just wants to make a final decision about it, even if it mean its removal from core (which was explicitly mentioned). Let's hope for the best, parts of WP admin are going to switch to the REST API so it's quite unlikely that this effort will be reverted, IMO.

Overall, I was very surprised to hear the announcement, but in a good way. Last year's SOTW felt a bit like “we at Automattic are doing this Calypso thing and it's up to you, WordPress community, to figure it out”. This year, Matt is clearly back in the saddle, with clear direction in mind, and despite this being one of the most, if not the most, authoritative changes in years, I like the vision. It's clear that the leader is back.

How does this relate to VersionPress?

Our team watches the development of WordPress closely because providing version control and great workflows for this system is hard, and we need to know where it is heading. Anything that strengthens the vision increases our motivation (and vice versa). Yesterday's announcement was a very encouraging signal.

Also, as there are likely going to be changes to how users make changes to their sites, it is a good opportunity for us to align with whatever direction the core takes. Hopefully, that will all lead to a very strong, refreshed WordPress platform in 2018. I'm really looking forward to it!